“Selma was the absolute best NICU nurse at Northwestern. While all of them are great, what made Selma so special was how much time effort and attention she gave to us as first-time parents. Further, you could just see the care and love she gave to our Simon while he stayed there for two weeks.”

“We would like to nominate Lauren Fennell who worked with us in the NICU on February 21st and who took such personalized care of our baby Juniper Lior Wickenden during her path to wellness. Juniper was having some trouble transitioning from being an aquatic animal to a land animal and she needed breathing support for Tachypnea. As first time parents, the experience having a baby in the NICU is a tender one and something we felt wholly unprepared for. The entire staff who worked with us was incredible and embodied the loving message you see quilted on the wall when you walk into the NICU – “Hold this precious child flower of our hearts!”. They did just that.

Lauren went above and beyond to help Juniper in every way. After a few days in the NICU when Juniper pulled out her cPap, Lauren saw that Juniper was a fighter and that she was showing us she was ready to ween off the support. Lauren said to us – trust the baby. Within a few hours, with Lauren advocating for Juniper to her doctors – Juniper was off the cPap, feeding tube, and IV. Lauren helped us build confidence in holding the baby as well as with breastfeeding and patiently assisted us with establishing a first latch. We told Lauren how amazing she was at her job and she told us how much she loved what she did. We could tell it was a calling for her. Ultimately, we were able to go home a few days earlier than expected and feel so deeply grateful to Lauren for her expressions of loving kindness for our little one. Juniper is one lucky kid for having crossed paths with Lauren.” 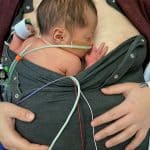 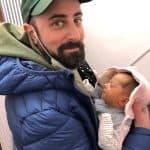 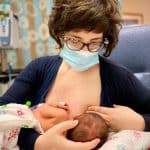 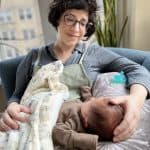 “Coming to Lurie’s is a whirlwind of emotions, but having Alexis as our nurse made this process so incredible. She educated us every step of the way and showed a true passion in caring for our son, Hudson. Alexis displayed every single characteristic you’d look for in a nurse and we feel she more than deserves this award! She was absolutely a breath of fresh air in such a scary, yet amazing place! #OwlGive” 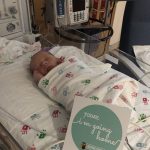 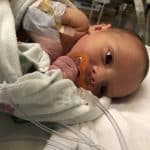 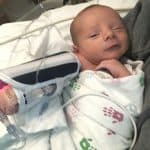 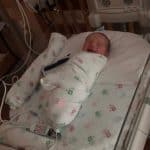 “We met Colleen in December 2012 when our son Hunter was born at 25 weeks. Colleen immediately took care of not only Hunter, but my husband and me. Colleen was Hunter’s caretaker and advocate from day one. For months we lived not day by day, but minute by minute. Colleen was there for each one of those minutes, the good and the bad. On days she had off, she would call just to check on Hunter. She stood by us and encouraged us as we were afraid to even touch our new baby. She taught us how to care for him and how to be the best advocates for him. She laughed with us at the funny, light moments and comforted us in the dark moments.

It took Hunter 6 months to leave the NICU and on discharge day, we laughed and cried with Colleen once again. Our story with Colleen doesn’t end there though! In August 2020, we found ourselves facing another preterm delivery with our second child, Mackenzie. I immediately reached out to Colleen. She was there for us in a heartbeat. The comfort of knowing Colleen was right there as Mackenzie came into the world and admitted to the NICU was indescribable. We knew our girl was in the perfect hands. There will never be enough words to express our gratitude to Colleen. We hope that everyone who has a baby in need of medical intervention finds a “Colleen” to love and care for their entire family as Colleen Golden has.” 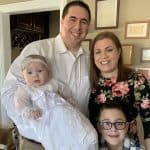 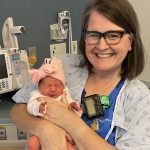 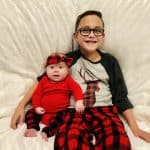 “Gavin was born at 30 weeks and 5 days and had a very rough start. He was battling severe Alloimmunization and IUGR from early on in the pregnancy. Libby was one of our primary nurses throughout our 73-day stay and was a pillar of strength, compassion and expertise for our family. Libby’s attention to detail and ensuring Gavin’s progress gave our family so much hope in such a hard time. She saw the concern in my eyes on some days and always found a way to comfort me. We couldn’t have done this NICU journey without her.” 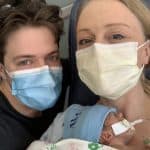 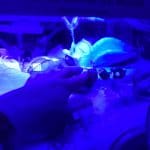 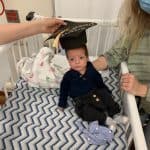 “Amanda Masek is our primary NICU nurse for our daughter, Emma. Right from the get go my husband and I felt incredibly comfortable with her. She is smart, comforting, good natured and cares soooo much for our daughter, Emma. She is the kind of person you know you will stay in touch with after our daughter goes home. In addition to being a phenomenal NICU nurse, she has been so compassionate and understanding to my situation. Let me explain. My water broke early. (Around 28 weeks.) I was living in Prentice hospital on bed rest for 3 weeks. I delivered at 31 weeks and 3 days. Right after I delivered Emma, I hemorrhaged and lost 2 liters of blood instantly. Following that incident, I had 2 blood transfusions. Fast forward 2 weeks and then I had more bleeding so ended up, briefly, in the ER. Thankfully it was nothing major. That said, Amanda was there for the ER incident, as it happened when I was visiting Emma in the NICU. Amanda handled it soooo well. She was calm and knew exactly what to do to help me! (Thankfully she was previously a post-partum nurse!) My husband and I can’t thank her enough for her ongoing support and care and we’d love to nominate her for the OwlGive Award. She is truly a special person.” 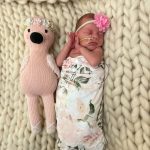 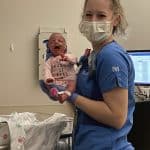 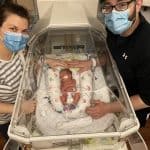 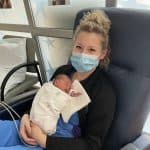 See Past Owl Give Award Winners