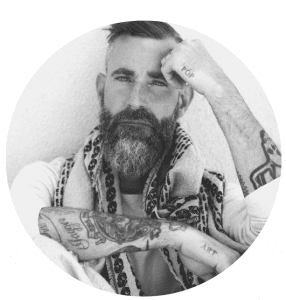 Grammy winning producer Paul Blair (DJ White Shadow) has disrupted the music industry. Always remaining true to himself and his hard-working midwestern roots, Paul catapulted to the upper echelon of music producers, writers, publishers, and brand ambassadors. It has also earned him a spot as the right-hand man of many of the world’s leading talents, including but not limited to lady gaga.

Paul’s path, like his music. Has never been a straight line. Coming from the farmlands of the Midwest. He was influenced heavily by the Underground techno and house music scenes of Detroit and Chicago. At the tender age of 19, his indelible ear and skills landed him a residency in Japan. From there, he earned the confidence and the credibility to perform all over the world including residencies in Chicago, Los Angeles, New York, Las Vegas, Miami, Barcelona, and London.

With his keen ability to always stay one step ahead of the crowd, Paul used his stature as a DJ to enter the top studios and create with the likes of Meghan Trainor, Jennifer Lopez, Rachel Platten, Sia, Estelle, Pitbull, DNCE, Austin Mahone, and, of course, lady gaga. A-list musicians were not the only ones to recognize Paul’s talent and abilities. Brands like Bud Light, Ford, Armani, The Montage, Moncler, Playboy, and several others have used Paul’s music as well as his image to connect with customers much in the same way he continues to connect with his adoring fans.

Paul’s knack for knowing what is next has not gone unnoticed. He has been a part of over 24 million records sold. Earned 2 Grammy nominations and, in 2020, his first Grammy, multiple Clio Awards
and numerous other accolades. Paul has served as the Global Music Director for the W Hotel Brand, and has consulted many other companies on building their sonic identities. Paul is the owner of multi-platinum and award-winning publishing company, Maxwell and Carter Publishing, and is a serial entrepreneur, having lent his hand and knowledge to several tech and hospitality startups including Breathwrk, Fanlabel, and the up-and-coming music production software, Soundful.

Seemingly ageless, Paul’s productivity continues to expand. DJWS recently moved into the world of film, expanding his production to the silver screen. He currently has two movies in pre-production. The first, “Pierre The Pigeon Hawk” starring will.i.am, Jennifer Hudson, Snoop Dogg, and many other a-list stars is an animated coming-of-age story. Pierre, our hero, using his unique background as half-pigeon and half-hawk brings central park together to save the day when trouble arises in New York City. The second movie “A Harlem Melody” starring Rosario Dawson and Isabella Merced is slated to shoot in early 2023. Paul is not only a producer on both films but will be scoring and musically supervising both films and soundtracks.