You are here: Home / Erin Flores 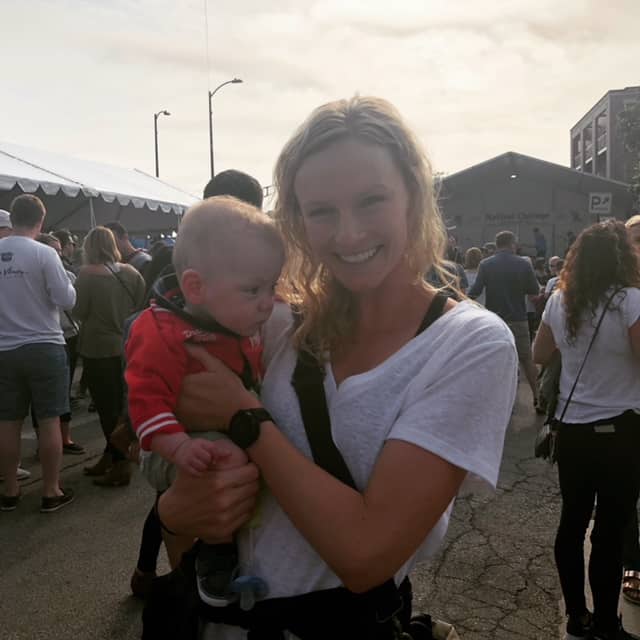 We are nominating Erin Flores for the 2018 Owl Give Award. Erin was such a shining light over our long three month stay in the NICU. Erin was our son Owen’s night primary nurse. While we didn’t have the same relationship as we had with our day primary nurse, or see her as often, this was equally important. Erin was our sons’ advocate for the 12 hours that we were taking the time to rest and regroup.

I honestly don’t know how the night nurses do it. She is truly one of a kind. After a scary first week or so in our NICU stay, I walked in one morning to see that Erin has started a milestone wall in Owen’s room. She knew we were big Cub’s fans, so it was in a baseball theme. Each time Owen hit a new milestone, she added a new baseball with it up on wall. It made me smile ear to ear. Just knowing that she took the time to create something so special to us and to Owen, was indescribable. It showed us that these nurses truly care about our child and their well-being.

They want to see these little fighters succeed as much as we do. It can be really hard to leave your child while in the NICU. The nights can be scary, and you never know if you’re going to get a phone call or have some bad news when you get there in the morning. I would call every night when we were in the NICU before bed to check in and see how he was doing since we had left. Every time I called and asked for Owen’s nurse, and the other end answered “This is Erin!” I was so relieved and comforted.

Don’t get me wrong, all the nurses are amazing, but just knowing that Erin was caring for Owen, put me at such relief. She was always so cheerful and compassionate on the phone, and was always so excited when he did something new or had gained a good amount at the nightly weigh in. I always knew he would have a good night, and also get some major snuggles in!

She was there the night he finished his first whole bottle, she snuggled him to Christmas Carols (he is really into music now), and she was there to ring in the New Year with him. She was there for his very last night in the NICU and got him half-way to home.

Erin is truly just a great human being. She is the type of person that will be in our lives forever. We are so blessed to have been lucky enough to have her caring for our son. I truly believe her compassion, knowledge and snuggles played a huge part in Owen’s success. Erin is more than deserving of this award.