Chicago (CNN)On any given day at the Lurie Children’s Hospital of Chicago, there are more than 40 babies fighting for their lives in the NICU. The parents of these babies have one concern: the health of their child.

Carrie Meghie was that mother. For 10 months, she sat by her son Jackson’s side and held him every chance she got. All that mattered was his life.

“You feel so helpless and so powerless,” Meghie said. “There’s all these machines and noises and medicines. I mean, overwhelming is an understatement.”

Meghie and her husband were fortunate to be with Jackson every day. But she noticed that other babies weren’t so lucky. Many parents could not afford to visit as often.

“It was really surprising and kind of heart-breaking to see … and it’s for a variety of reasons. But it became clear to us that the cost of getting to the hospital and parking was one of those reasons,” she said.

Extended parking in large cities can exceed $1,000 a month — a significant burden for many families.

Jackson passed away in 2012, just shy of his 10-month birthday. Meghie decided to honor him by helping other families spend more time with their babies as they fought for their lives. 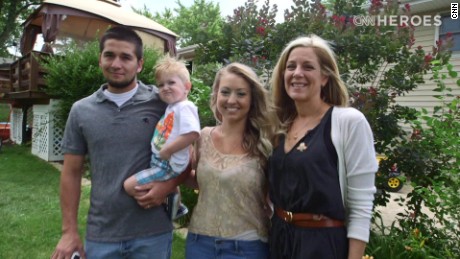 Today, her nonprofit, the Jackson Chance Foundation, provides complimentary parking and transportation to all NICU families at Lurie Children’s Hospital — allowing for free, 24/7 access to their babies.

Since 2013, the group has raised $1.5 million to pay for parking expenses.

CNN’s Allie Torgan spoke with Meghie about her efforts. Below is an edited version of their conversation.

CNN: For people living in cities that have a lot of space or free parking lots, this may not be an issue. What’s it like in metropolitan areas like downtown Chicago?

Carrie Meghie: Lurie Children’s Hospital is one of the top hospitals in the country, and it is located right in downtown Chicago. Parking is at a premium. The hospital does not have their own parking facilities. So you have to park at a third-party garage. It’s very, very, very costly.

Oftentimes when Jackson was in the hospital, I would go and spend a whole day there. My husband would go before work, come at lunch and after work. So that would be four times in the garage, which would be $60. And that is with a validated pass.

When the first credit card statement came, I said, “Do you realize we spent just shy of $2,000 to park?” We were shocked.

CNN: The cost of parking often takes families by surprise.

Meghie: It’s just not something that people expect. These babies are in the NICU for months at a time. Many families are making choices: ‘Do I go back to work?’ ‘Do I take some more time off so I can spend more time with my baby?’ If we can save them $1,000 a month that they might have spent in parking, they don’t have to make so many of those choices.

We provide complimentary parking to over 500 families annually. It’s primarily parking, but we will provide (bus, train) or taxi vouchers to each family. There’s no application for the program. Every family gets a parking pass. If each family uses them once a day, that’s tens of thousands of visits to these babies that we’ve been able to provide.

Many people we support come back and support us. They volunteer. They donate. They see the impact it provided them and really want to help others, too. 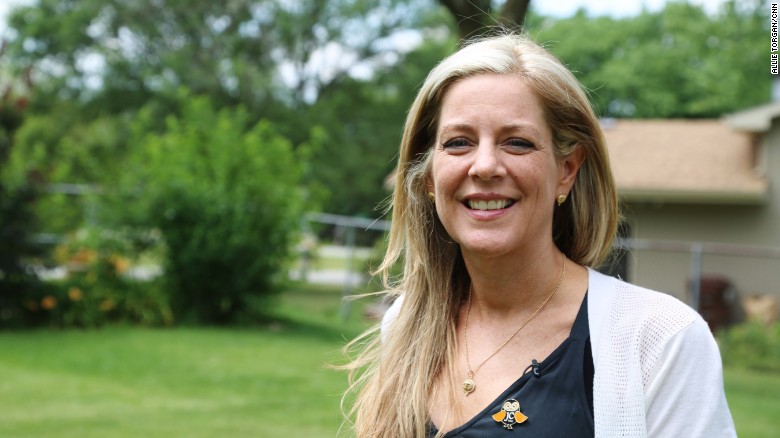 Carrie Meghie: “We just decided that that was going to be our mission to make it so every baby could have somebody with them 24/7.”

CNN: What was your experience with Jackson and your time in the NICU?

Meghie: He was born on 11/11/11 at 11:11 p.m. He was just special, and his birthday was unique. He was born at 31 weeks, and his lungs were severely underdeveloped.
His spirit and his strength were so impressive. We often forgot how sick he was. He was so happy and just like a typical baby. We made the hospital his nursery, and it was his home. We were really blessed and fortunate that we could go and see him as much as we wanted. I think that really contributed to him being such a happy baby. And I really woke up every morning all these days like it was Christmas Day. And I would run to the hospital so I could see him.
We actually always thought he would come home until really the very last week in the hospital. He got pneumonia and got sick and just couldn’t fight it.

CNN: After Jackson died, what inspired you to give back to other families?

Meghie: It was difficult for me as a mother when people were feeling bad for me. He gave me so much joy. So we really wanted to celebrate his life and give back.
We spent quite a while really talking and thinking about what would have the most impact. And it all came back to how happy Jackson was and why. It was because we were there. We just thought, “How do we give that gift to other babies?” So we just decided that that was going to be our mission to make it so every baby could have somebody with them 24/7.
Want to get involved? Check out the Jackson Chance Foundation website and see how to help.