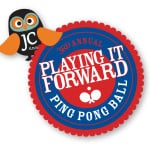 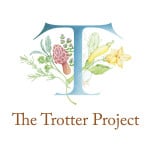 The Trotter Project is hosting a private VIP Chef’s Reception and Tournament at the 3rd Annual Ping Pong Ball on Thursday, October 29. VIP guests will meet four celebrity chefs, taste a dish they’ve prepared, and watch an exclusive Battle of the Chefs – Ping Pong Tournament. Check back soon to find out who will be joining us. The reception will begin at 4:30 p.m. Tickets for the VIP Reception will give you access to the main event. Tickets for the VIP event are $200 and proceeds will be shared between The Trotter Project and Jackson Chance Foundation.

Purchase your tickets and sponsorships here!

Art loves the idea of bringing people together through food. It’s partly what made him the success he is today. He is the executive chef and co-owner of Table fifty-two, Art and Soul, Southern Art and Bourbon Bar, and LYFE Kitchen restaurants.

Art Smith has received the culinary profession’s highest awards and has cooked for some of the world’s most famous celebrities. In 1997, Smith became the personal, day-to-day chef to Oprah Winfrey, a position that lasted ten years. Smith now coordinates and cooks for special events all around the world.

Most recently Smith has made several television appearances including ABC’s Lady Gaga Thanksgiving Special, Top Chef and returned to Top Chef Masters (for the second time), where he quickly became an audience favorite. 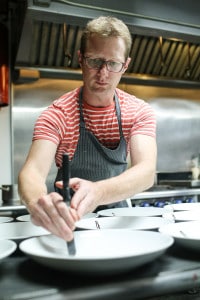 Hidden in an alleyway near Chicago’s Pilsen neighborhood, the 24-seat dining room of Chef Phillip Foss’s EL Ideas opens to the kitchen, where guests are encouraged to visit and mingle with the chefs. The unpretentious atmosphere is a sharp contrast to the flash, extravagance, and precision of the cooking coming out of the modern kitchen. In its first year, EL Ideas was awarded three stars by the Chicago Tribune, named “Best New Restaurant” in Chicago Magazine, and won Chicago reader’s “Favorite Restaurant of 2011.”

Foss received his formal culinary training from the Culinary Institute of America, graduating in 1991. He cut his teeth at venerable New York restaurants such as Le Cirque, before traveling to France to work under Chef Jacques Maximin. From there he bounced around from Chicago and Brazil to Maui, Israel, and Bermuda and then back to Chicago, always cooking at the best and learning from the brightest.

Foss’ mission at EL Ideas is to redefine fine dining, with the help of his fellow EL chef, Matt Dubois, by removing pretension and preconceptions from the dining experience. His motto is “question everything” and his decree to his guests is BYOB—he’ll take care of the food. Foss’ inventive cuisine reflects his approach to life, whims, personal standards, and vast experiences from cooking and living all over the world. (Photo – © 2013 Galdones Photography // EL Ideas)

Former Executive Chef at Michelin-starred Moto in Chicago, Farina is renowned for his cinematic panache and focus on local foods.

Farina began his career as a pizza maker and catering chef, moving to Chicago to work at Moto in 2008. He was groomed as the restaurant’s sous chef, and assumed the title of Executive Chef in 2014. During his tenure, the restaurant continued to hold the coveted Michelin-star rating it first achieved in 2012, executing his signature dishes including “boar campfire,” featuring house-made boar jerky and chocolate powder, and “the river course” with smoked salmon and smoked trout on a stylized river bed of dry ice.

Outside of the kitchen, he is a three-time ice carving champion. His culinary expertise has also been showcased during appearances on the hit Bravo television show Top Chef and Discovery Network’s Future Food. Chef Farina has a Bachelor’s in Culinary Arts from Johnson and Wales University in Providence, Rhode Island. 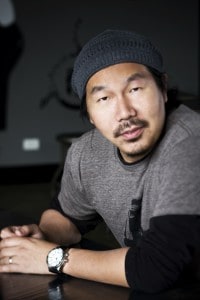 Award-winning Chef Bill Kim was born in Seoul, South Korea and immigrated to the United States at age nine with his parents and brother. His mother’s traditional cooking provided the initial inspiration to pursue a career as a chef, and she gave him his first kitchen task – grinding sesame seeds using a mortar and pestle for her kimchi recipe.

Rigorous training in classic French cuisine at Kendall College followed, along with an internship at le Titi de Paris under life-long mentor Pierre Pollin in Arlington Heights, Illinois, a position at Jean Banchet’s Ciboulette in Atlanta, and sous chef responsibilities at Charlie Trotter’s eponymous four-star restaurant, as well as Evanston’s famed Trio, New York’s Bouley Bakery, and Philadelphia’s Susanna Foo. After several years on the East Coast, Chef Kim was initially drawn back to Chicago by a chef de cuisine position at Charlie Trotter’s, before taking the helm of French-Asian Le Lan.

In August 2008, Chef Kim partnered with his wife and brother to open Urbanbelly, a bustling communal seating noodle and dumpling restaurant tucked away in Chicago’s industrial Avondale neighborhood. Chef Kim is widely considered to be a pioneer in the movement of fine dining chefs into casual concepts. A year later, Chef Kim paid tribute to his Korean heritage and his wife’s Puerto Rican background by opening Belly Shack, a confluence of Asian and Latin flavors. In the fall of 2011, Chef Kim launched a line of specialty sauces available for retail. The burgeoning offerings currently include Seoul Sauce, Belly Fire, Belly Smoke, and Belly Bomb, with more to come. These sauces are available in a variety of gourmet shops throughout Chicagoland, and can now be found on the shelves of Whole Foods across the Midwest.

In the August of 2012, Chef Kim opened Belly Q, his modern twist on Asian barbeque, on Chicago’s bustling Randolph Street, a project in partnership with Cornerstone Restaurant Group.

For more information about the Ping Pong Ball visit our event page or purchase tickets. To learn more about supporting this event view our 2015 Ping Pong Ball Sponsorship Packet. For any questions about sponsorship opportunities or to get involved email pingpongball@jacksonchance.org.

To learn more about JCF and the NICU Transportation Program explore the About Us page on our website.

Thank You to our Sponsors! 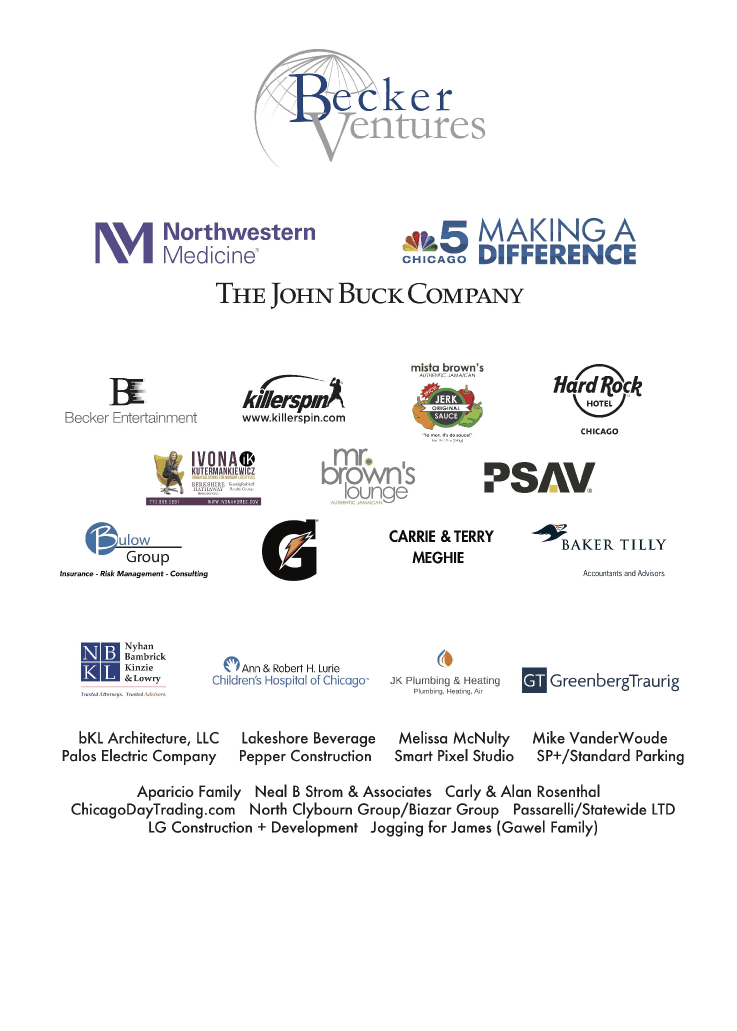